Lendy Johnson is a jack of all trades in her present function because the director of group for the North Carolina Farm Bureau; nevertheless, her main focus is advocating for the agricultural trade.

“It’s hard not to get behind agriculture in North Carolina. It’s the strongest, largest economic driver in the state. The past, present and future of our state is dependent on this industry,” says Johnson, a 2006 and 2011 graduate of the College of Agriculture and Life Sciences.

“I’m in the business of people and helping them be the best advocates for agriculture and keeping our organization strong and respected as it has been for the past 86 years,” she provides.

Agriculture spans generations throughout Johnson’s household. Despite not rising up on a farm, the Caswell County native comes from a farming household the place it runs in her blood.

“My mother stayed with her aunt and uncle who had a tobacco farm. They grew a lot of their own food and had their own cows,” Johnson says.

She at all times had an appreciation for it, which grew all through her time in highschool. As a freshman at Bartlett Yancey High School, Johnson grew to become concerned with the North Carolina Future Farmers of America Association (FFA). She served in numerous management roles and credit this expertise for sparking a deeper love and respect for agriculture.

“My senior year I thought I was going to college to be a doctor. I had all of my prerequisites,” Johnson says. “But we had been going to NC State throughout high school for different events.” During these occasions, she met a number of school who taught agriculture and extension schooling.

“I liked the vibe and they felt like family and friends. I really like that culture,” Johnson shares. She additionally knew she wished to run for state FFA workplace and wasn’t fairly prepared to go away her agriculture schooling expertise behind.

Johnson graduated from NC State University in 2006 with a bachelor’s diploma in agriculture schooling and started instructing agriculture at Millbrook High School in Raleigh.

“Teaching was a growing and good experience for me. Then I felt like I wanted to go back and get my master’s degree to teach pre-service teachers agricultural education. I really had a passion for updating the curriculum that we were teaching because it felt like our current curriculum was behind,” Johnson says.

After finishing her grasp’s in 2011, Johnson instantly started working on the North Carolina Farm Bureau as a area consultant.

“The Farm Bureau is engaged with local politicians and elected officials all the way up to our state congressional delegation to talk about issues impacting farmers, their operations and communities,” Johnson explains. In 2015, the president of the group promoted Johnson to her present function.

“I work very closely with the president, helping him manage some of his day-to-day responsibilities. I coordinate our annual conventions and work with county organizations as well as help maintain our scholarship programs and partnerships,” she says.

Johnson says it’s nice being part of one thing that’s integral and vital to the way forward for North Carolina, nation and world.

“You could not find a better group of people who are engaged in agriculture. We may have differences of opinions, but at the end of the day, everyone works together for the betterment of our farmers and our state. It’s rewarding to be a part of that.”

Johnson was honored as a CALS Outstanding Young Alumni through the CALS annual Alumni Awards ceremony hosted on Sept. 18. 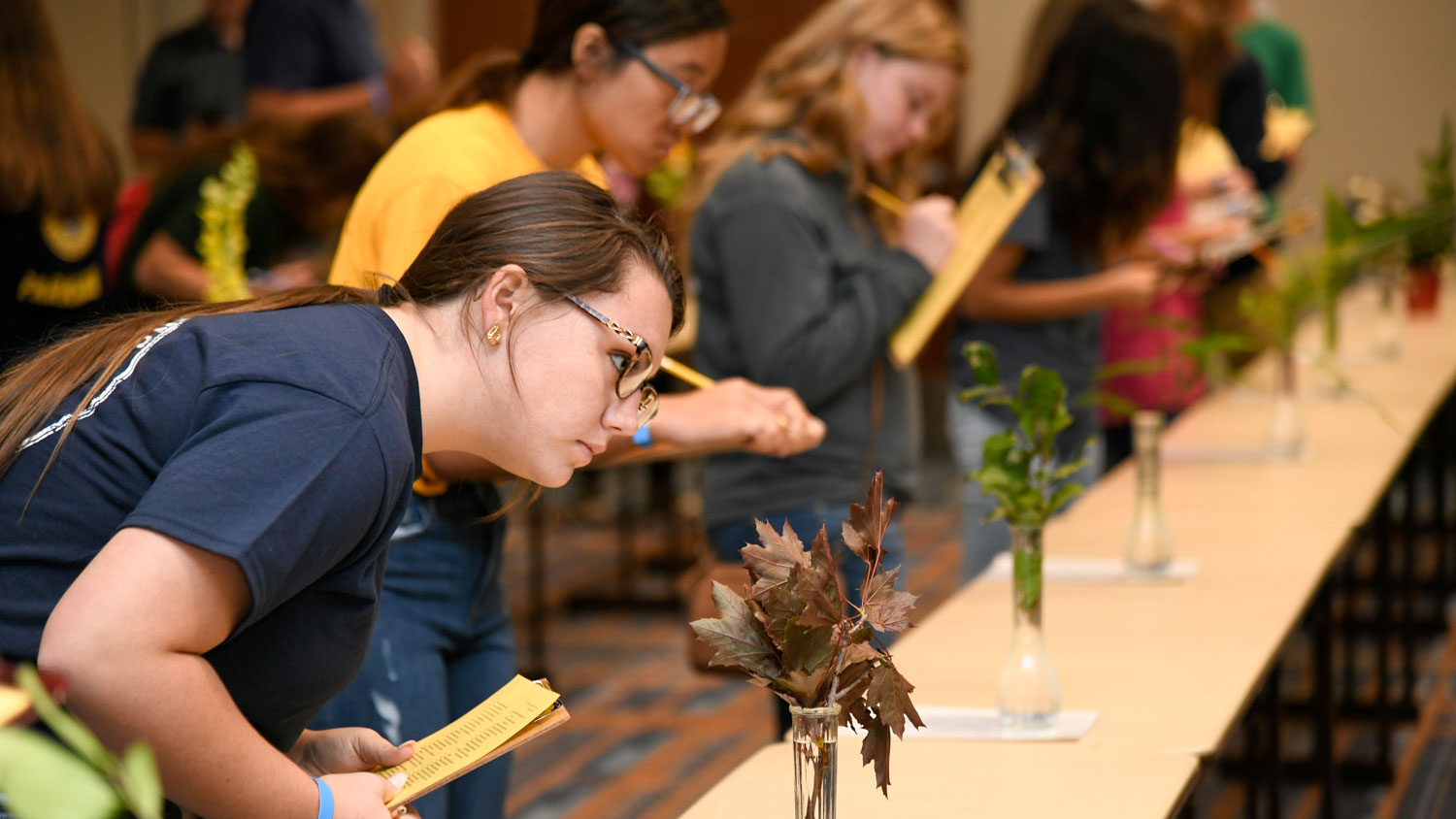 Secure the way forward for agriculture